Painting acquired by the Royal Institution of Cornwall

The focus of the exhibition was exploring aspects of the geology of Cornwall through the mediums of paint, clay and photography and how the landscape we see is conditioned by what lies beneath the surface and how this has been revealed by human intervention over centuries of mining, quarrying and the extraction of china clay.

Wavellite was first discovered in North Devon in the early 19th Century by William Wavell, specifically the High Down Quarry, Filleigh, near Barnstaple. My samples, a continual source of rich visual information, are set in a matrix of sedimentary slate, heavily contaminated with iron. These pronounced ‘rust’ intrusions, are a major factor in the qualities I find attractive with the specimens. The crystalline mineral ranges between as little as two millimetres to perhaps two centimetres across. The Australian and US varieties may well be rather larger. They are certainly a different colour from the transparent grey-blue of the type characteristic of the southwest peninsular. When broken open, but still held in the matrix, they have the appearance of a bicycle wheel or limpet shell with the crystals radiating from a central fulcrum and slightly conical in form. A process of change begins with exposure to the air and oxidization causes the formation of a white perimeter; over time this becomes a completely white disc. It is the sedimentary nature of the slate that leads to clearly defined horizontal banding and a strong influence on the composition. Many of my samples are also quite geometric in profile and in some the iron staining is far less evident. They all lead to varying interpretations.

Erythrite is a crystalline mineral ranging from crimson red to pink and is associated with cobalt. Indeed, it is sometimes referred to as cobalt bloom. High quality specimens, showing richly saturated colour have come from the aptly named Mt Cobalt Mine in the Cloncurry area of North West Queensland, itself an important mining area and a place well known by collectors. Among the many locations worldwide, Erythrite is fairly commonly found throughout Cornwall. Dolcoath Mine in the Camborne-Redruth area has been the source of some excellent samples but generally the colour is less pronounced in most specimens from the county.

Though the painting has Erythrite defined in the title, the colour is closely associated with Rhodonite, also commonly found in Cornwall but more often having greater saturation. The mineral Wavellite has been adopted principally for the linear and geometric characteristics it brings to the composition. Geologically, the three are never found together but are combined here, as in other works in the series, simply for the visual qualities they bring to the process of picture making. The planar geometry has a metaphoric relationship with the granite quarry faces, but scale reference is deliberately absent. 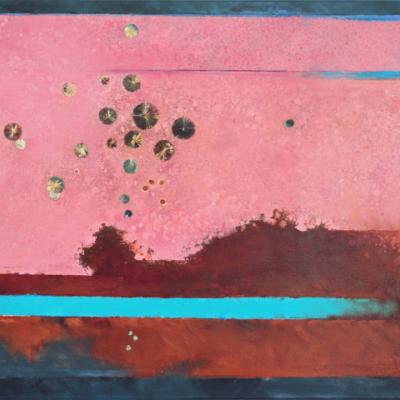 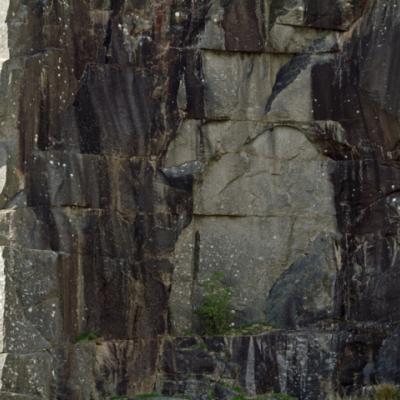 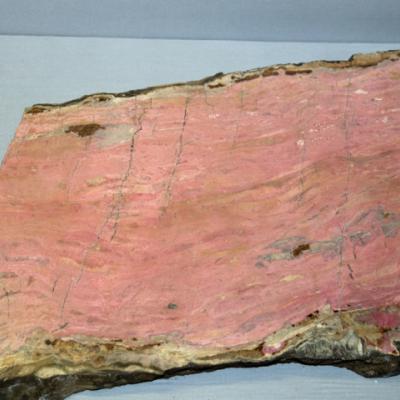 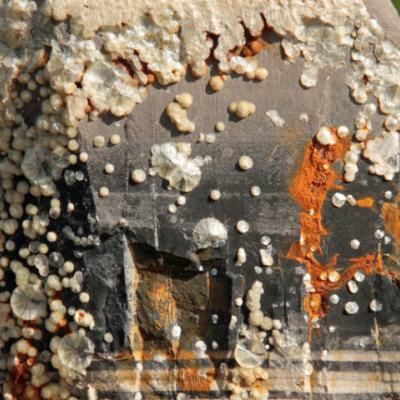 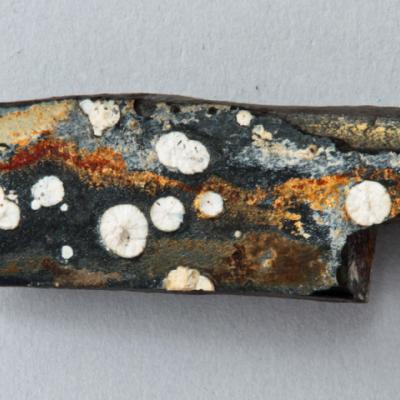 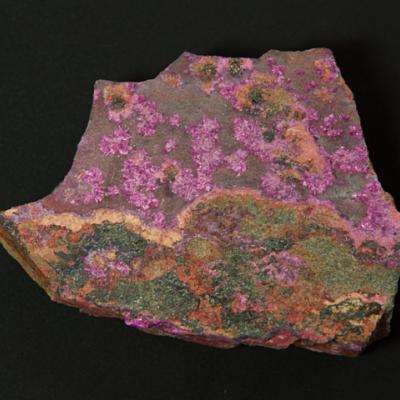 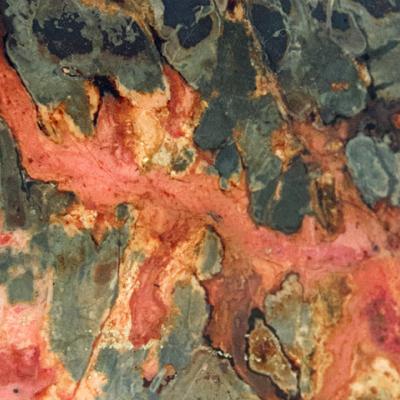 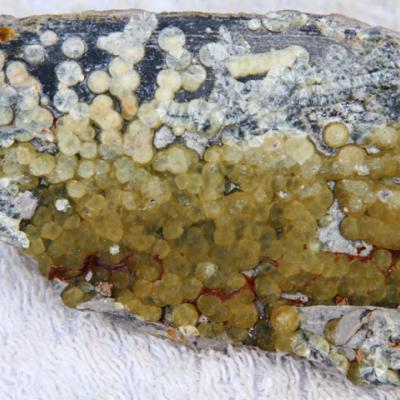 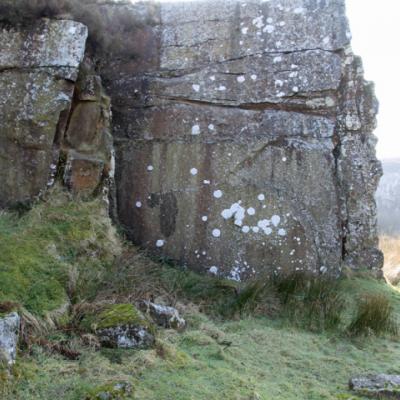 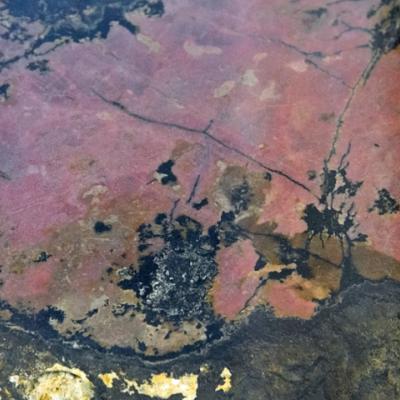 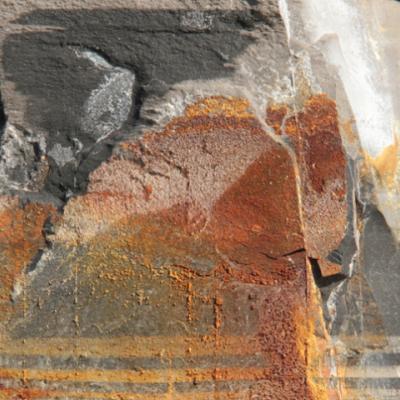 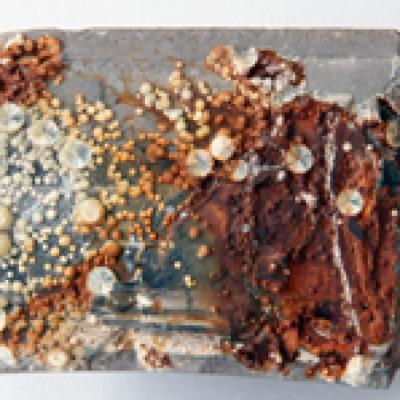