As part of its policy to take work to the wider South West region the Trustees have brought together a body of paintings, ceramics and photographs drawn from the broad spectrum of the Academicians’ practice to this celebrated area of West Penwith and its annual September Festival.

In the words of Phil Creek, Chair of the Trustees

“The South West Academy (SWAc) is delighted to bring the work of our members to exhibit at The Penwith Gallery for the first time in September and October 2017.

Based in Exeter, Devon, SWAc was founded in the year 2000 and is therefore one of the newest regional academies. The Academy’s membership is well known regionally, nationally, and internationally, and includes artists such as Peter Randall-Page (elected to The Royal Academy in June 2015) and Alan Cotton whose work features in the Royal Collections as well as public collections worldwide. Other members of the Academy, such as John Hurford and Nicholas Papatzaneteas have work in the V&A whilst West of England Academy exhibitors include Jo Dixon, Robert Mountjoy, and Greg Ramsden. Alexandra Jacobs, Colin Allbrook, Phil Creek and Tony Williams regularly show at the Mall Galleries, London.

The Academy is a registered charity dedicated to advancing the creation and appreciation of the fine arts in the South West. Elected by existing members and Trustees, the thirty-nine Academicians exhibiting here represent outstanding practice in fine and applied arts. Unlike some groups, we are not constrained by a single methodology but demonstrate significant accomplishment in a diverse range of practices, techniques and genre.

SWAc’s collective mission is to promote, support and contribute to the best of the visual arts in the South West and to build links between artists, the public, exhibition venues and galleries. Since its inception, the Academy has fulfilled its commitment to the South West by holding exhibitions across the region including Sherborne Abbey, The Royal Albert Memorial Museum and Art Gallery, Exeter Castle, The Plough Arts Centre in North Devon and Plymouth University. We are now delighted to be exhibiting at the Penwith Gallery in St Ives.

On sale during the exhibition The South West Academy’s major publication: Art, People, Place. gives a glimpse into the different subjects and styles along with the skilful mastery of process and technique demonstrated by our members.

We hope you enjoy our first exhibition in St Ives.”

Guitarist David Osbiston provided an extemporised musical interpretation throughout the private view. The South West Academy's exhibition runs until Saturday 7th October and the Penwith Society's until Saturday 11th November. Further information about the work of The Academy may be found here. Additional information and more photographs of the exhibitions may be seen on the Penwith Gallery’s website here. 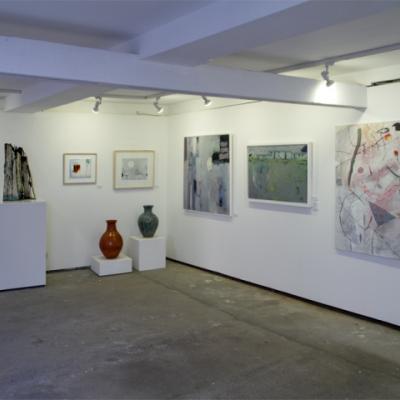 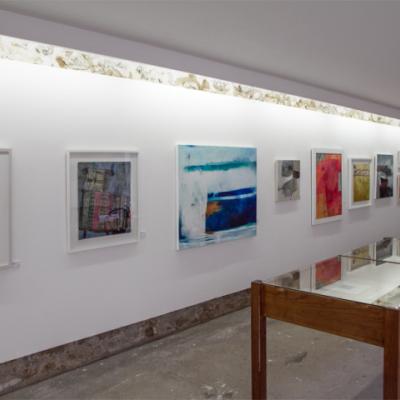 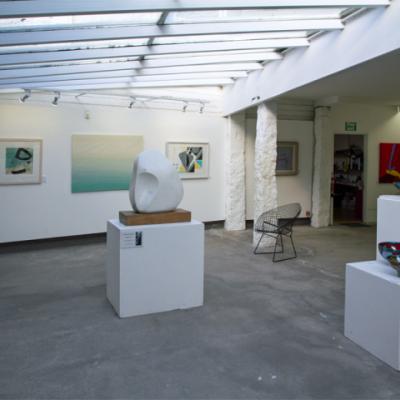 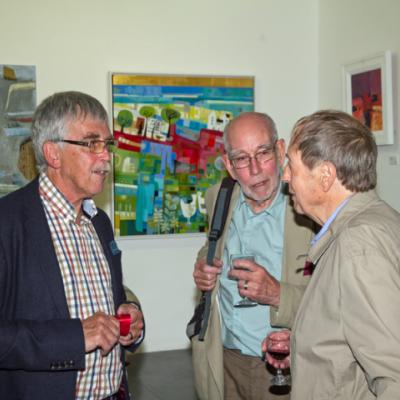 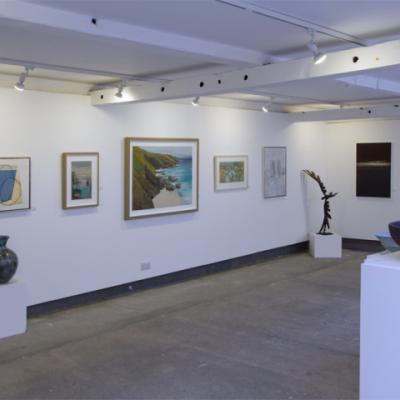 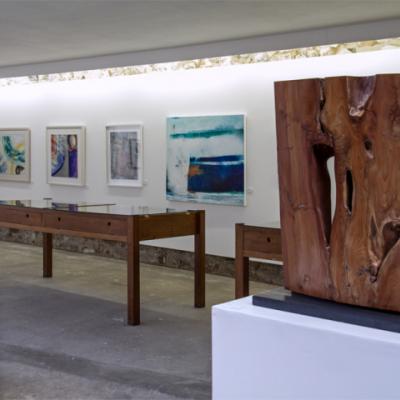 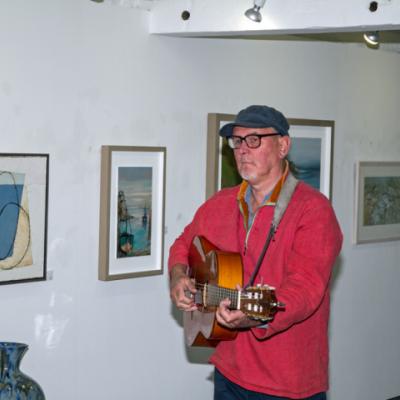 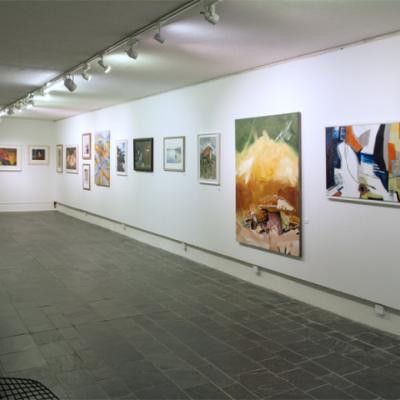 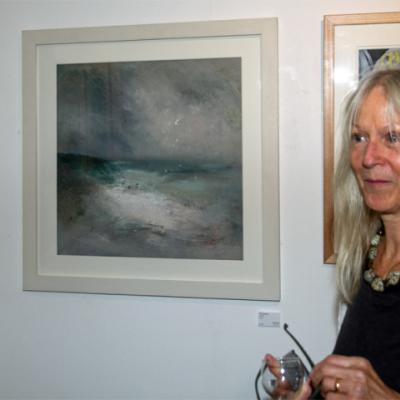 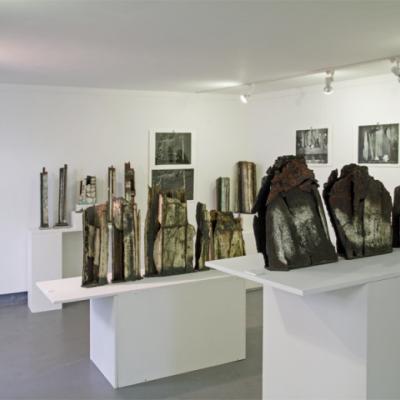 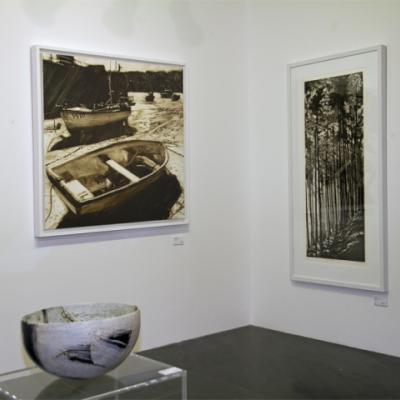 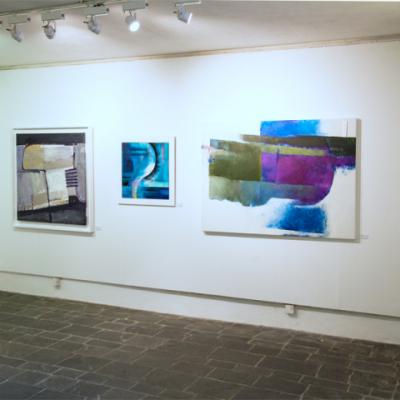 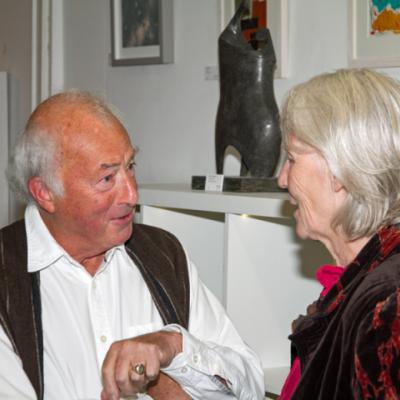 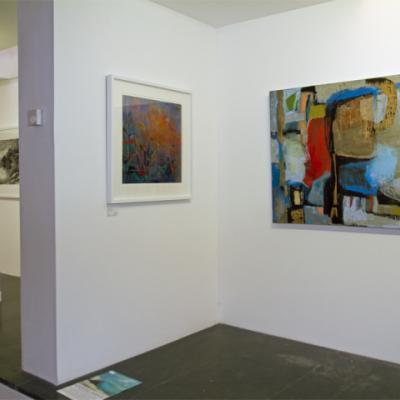 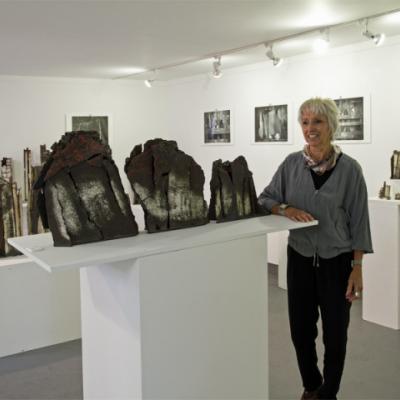 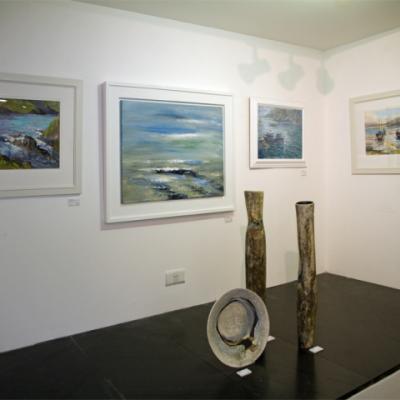 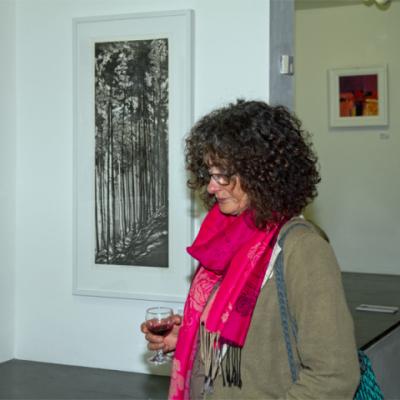 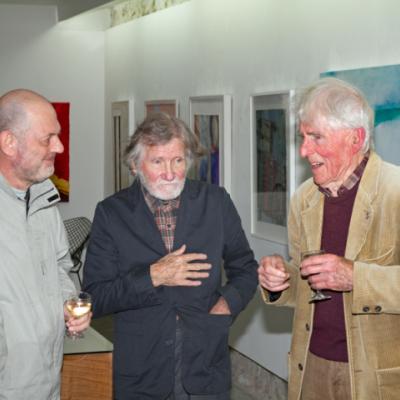 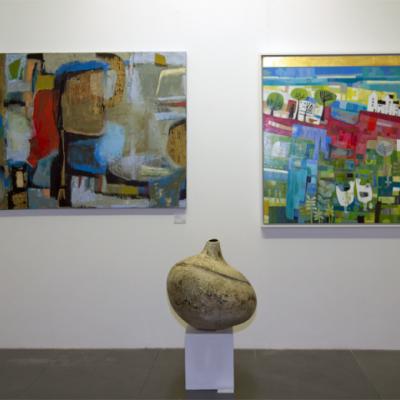 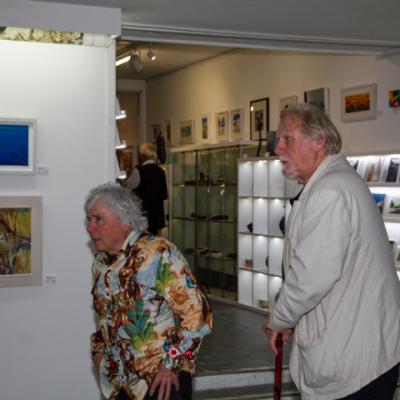 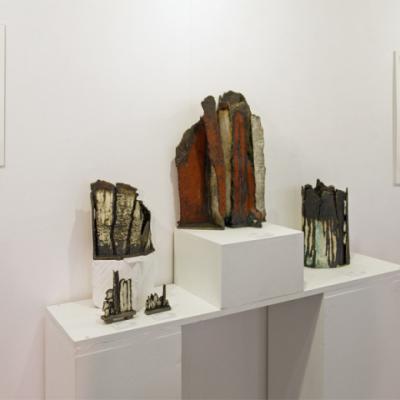 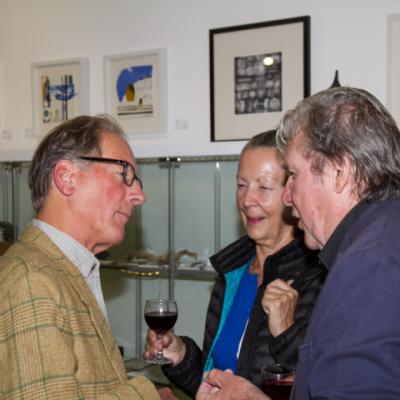 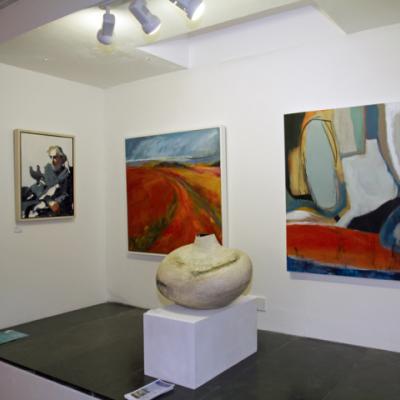