Three exhibitions bridge the Penwith's present with its past

On show in the Main Gallery, appropriately juxtaposed with the members’ second exhibition for the year is ‘Subjective Objective Construction No 5’ an intriguing and visually challenging three dimensional piece by an ex-member of the Society, Terry Pope. This has been mounted in the place usually given over to Barbara Hepworth’s ‘Magic Stone,’ a near permanent position in the space and currently on loan to Falmouth Art gallery for its ‘The World As Yet Unseen’ exhibition. In parallel, in the Studio Gallery, Michael Carter is showing a body of photographic portraits he took in the process of compiling images commissioned specifically to celebrate the Penwith’s current membership and reflect on its place in time in the form of a book.

Following early studies at the Penzance School of Art, in 1959 Terry Pope enrolled at Bath Academy and, in 1962, was awarded a scholarship to study at the Royal Academy of Art in The Hague. Returning to the UK in 1963, he was invited to become a member of the Penwith Society through the personal sponsorship of Barbara Hepworth. Other prominent members of the society at the time, notably Peter Lanyon and Johnny Wells were valued supportive influences. Pope also acknowledges a debt to the Constructivists of the 1950s, and to Piet Mondrian. He describes himself as a constructionist, whose artwork reflects a fascination for science and optics, in particular the concept of regarding space as a medium in its own right.

As an artist Pope moved away from paint early in his career, turning his attention instead to exploring the properties of three-dimensional space through constructions assembled from the modern materials of methyl methacrylate and plastics. In early 2016 he presented 'Space Visualised’ at the Royal Cornwall Museum, an interactive exhibition using optical illusion to challenge the viewer's perception of conventional space with devices designed to broaden and alter normal perspectives. These Included inventions such as space-enhancing spectacles. His so-called Pseudoscope is one, which re-defines space by switching how the brain interprets what the eye perceives. A number of these inventions have attracted the attention of the wider world of science and research.

Terry Pope has held teaching posts at Plymouth College of Art, the University of Reading, Chelsea School of Art and the Slade School of Fine Art. During this time and since retiring from a career in academia, he has exhibited extensively in London, Europe and the USA. His work is held in public and private collections world-wide.

But quite apart from his own standing as an artist, it was this involvement with such important figures in the formative years of the Penwith that made this, the most appropriate of invitations, to show during the time Hepworth’s sculpture is out on loan.

Extending this relationship with past and present are the superlative series of photographs by South West Academician, Michael Carter. In 2017, over a period of more than six months, Carter visited the current members of the society to photograph them in their places of work and to record the visits with a written commentary that further described his visual record. This was undertaken with the ultimate intention of forming a body of work to be published in book form by the Penwith Society.

Penwith Society of Arts: Portraits of the Artists was launched with a signing in February 2017 and this exhibition, using the title ‘ The Face in the Studio' displays the portraits selected for the book in conjunction with an abridged introductory text, with additions, and fragments of the accounts of the individual visits.

In Carter’s own words “They are there to convey a sense of what it was like to be in the artist’s company and in the artist’s studio, and to make some connection between the life and the work. Although all the sitters are artists they are so diverse in outlook and character that I perceived nothing that bound them except the Penwith Society and a devotion to the visual and an intolerance the cheap, the shallow and the unconsidered.

The first president of the Penwith Society, the poet and critic Herbert Read, wrote that ‘art is an escape from chaos’. On my visits to the Penwith’s artists I saw repeatedly that though their studios might themselves appear chaotic, what was cultivated there were images of pattern, order and considered intention.”

He goes on to observe “Artists are often photographed making art, or coaxed into pretending they are making art and caught in the act. But this is a rather demeaning newspaper way of presenting artists to the public. We know these people are artists and we don’t need them to have to enact themselves in their portraits. The only thing that really matters is their faces. These are the faces of people who are in serious concentrated endeavour and who have probably been often challenged in their self-esteem and self-belief. This is the way of artists.”

Both Terry Pope’s Subjective Objective Construction No 5 and the members’ Late Spring Exhibition will remain on display until 15 June 2019.

Michael Carter’s The Face in the Studio closes on 24 April 2019. 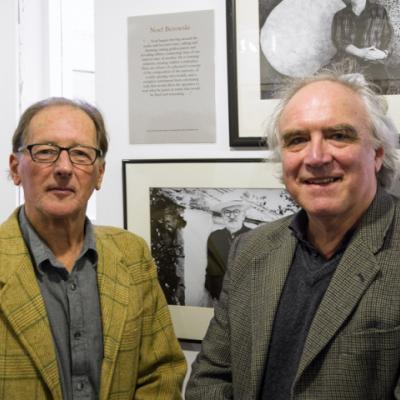 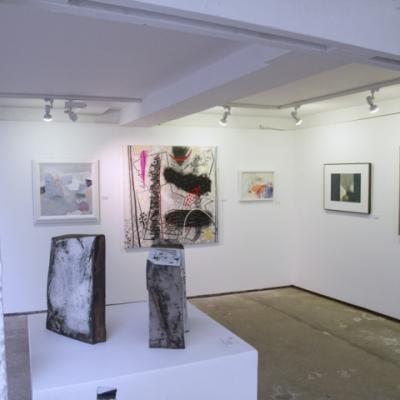 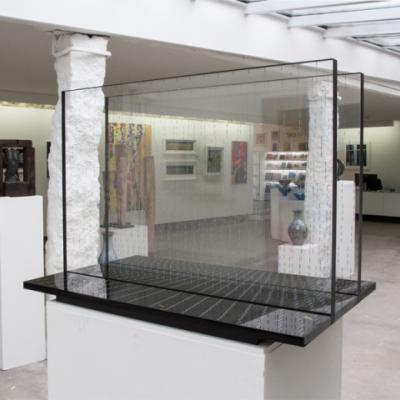 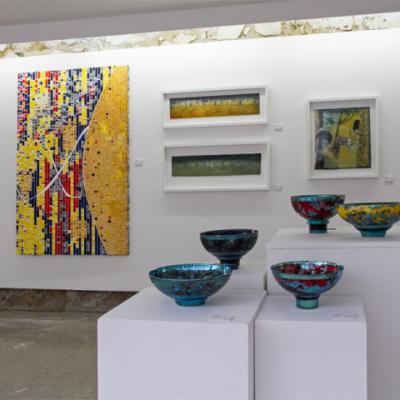 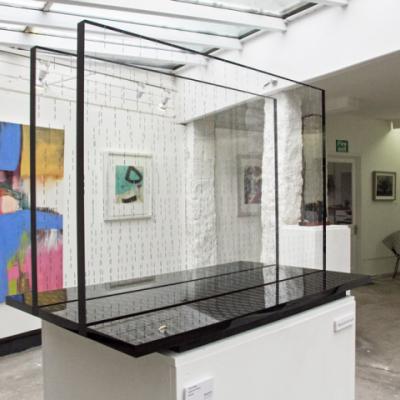 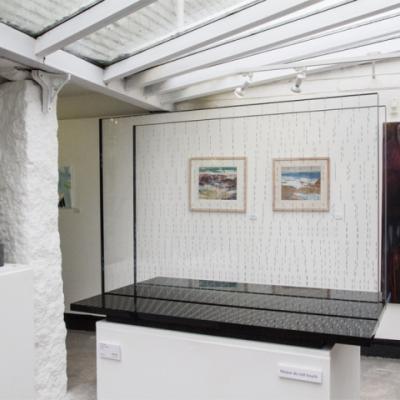 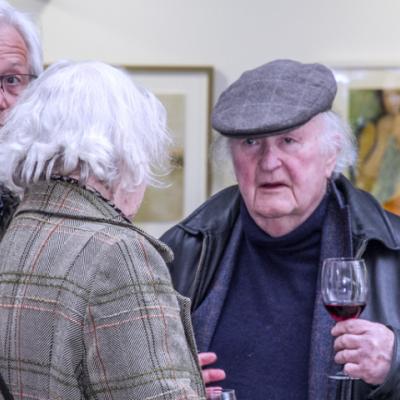 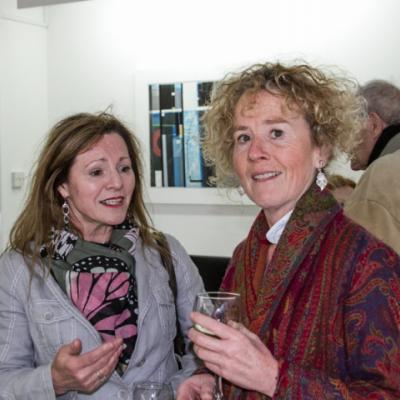 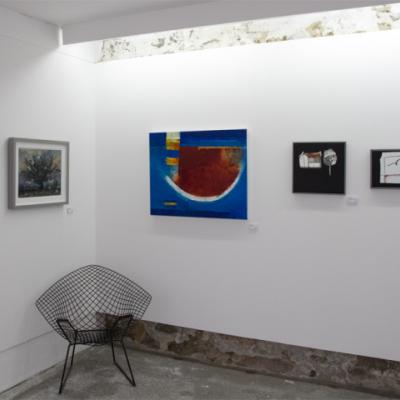 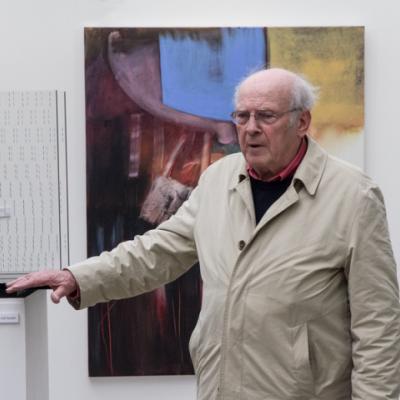 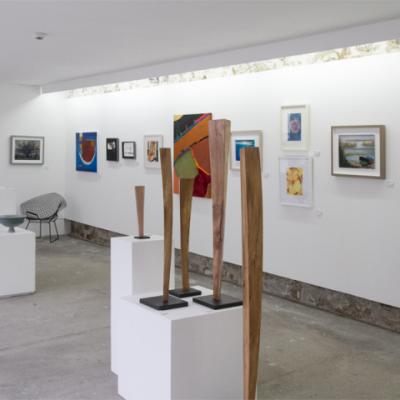 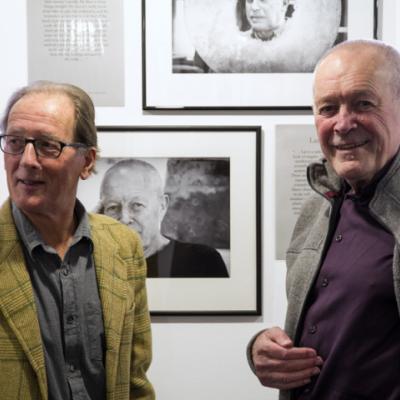 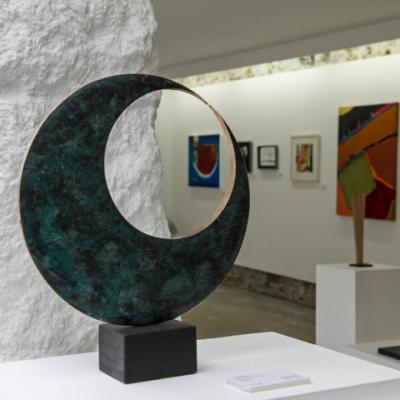 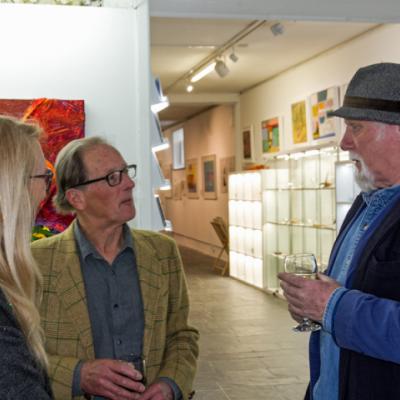 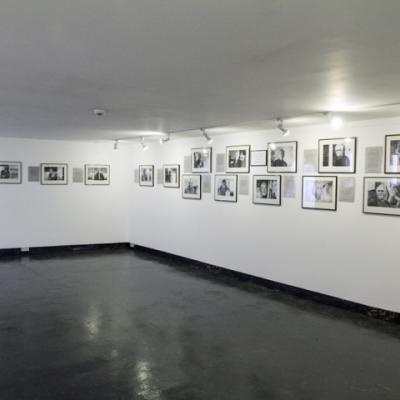 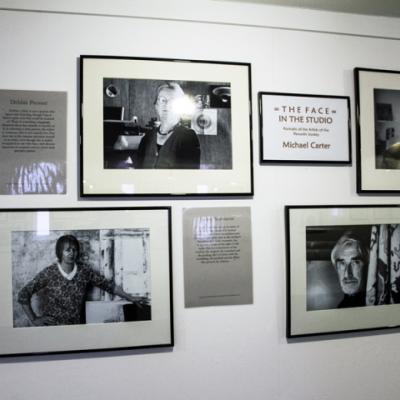 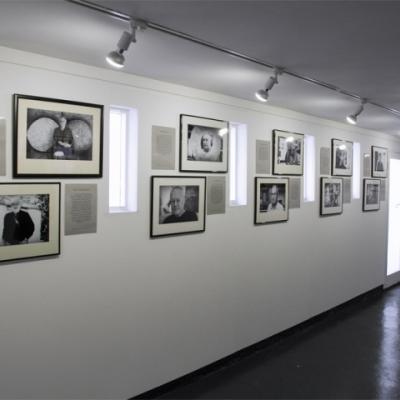